Thanks to the recent election in Brazil, Jair Bolsonaro, a former army captain and far-right candidate, won the election with a final support rate of 56% of the population, even he was relatively unknown in the first round. He gained notoriety after being stabbed by the opposition, even losing 40% of his blood, though Bolsonaro miraculously continued running and gained more support exponentially. Bolsonaro used an anti-crime and anti-corruption platform and successfully gained the eyes of Brazilians. Populism and anti-globalism start their uprising in South America.

One of his major propositions is to expand the exploitation of indigenous reserves. Bolsonaro promises to put all those 720 reserves onto auction. Undoubtedly, this would definitely damage the indigenous culture and their rights. He has said, “Minorities have to adapt to the majority, or simply disappear.” Once this policy is adopted, the security of their lives, properties and traditions will not be guaranteed. He also promised to open the Amazon Rainforest to farming, mining and hydroelectric dams, which is strongly supported by rural lawmakers because it will bring considerate profits comparing to previous rules on deforestation and land management. But environmentalists are justly concerned that the natural environment will be irretrievably damaged by these actions.

Bolsonaro also prefers loose gun control to “fight against crime”. He advocated allowing Brazilians who have clean backgrounds to own six guns legally in order to protect themselves and fight crime. The police will also be given more freedom on deciding whether or not to shoot at criminals – to the freedoms given by Philippine president Duterte. 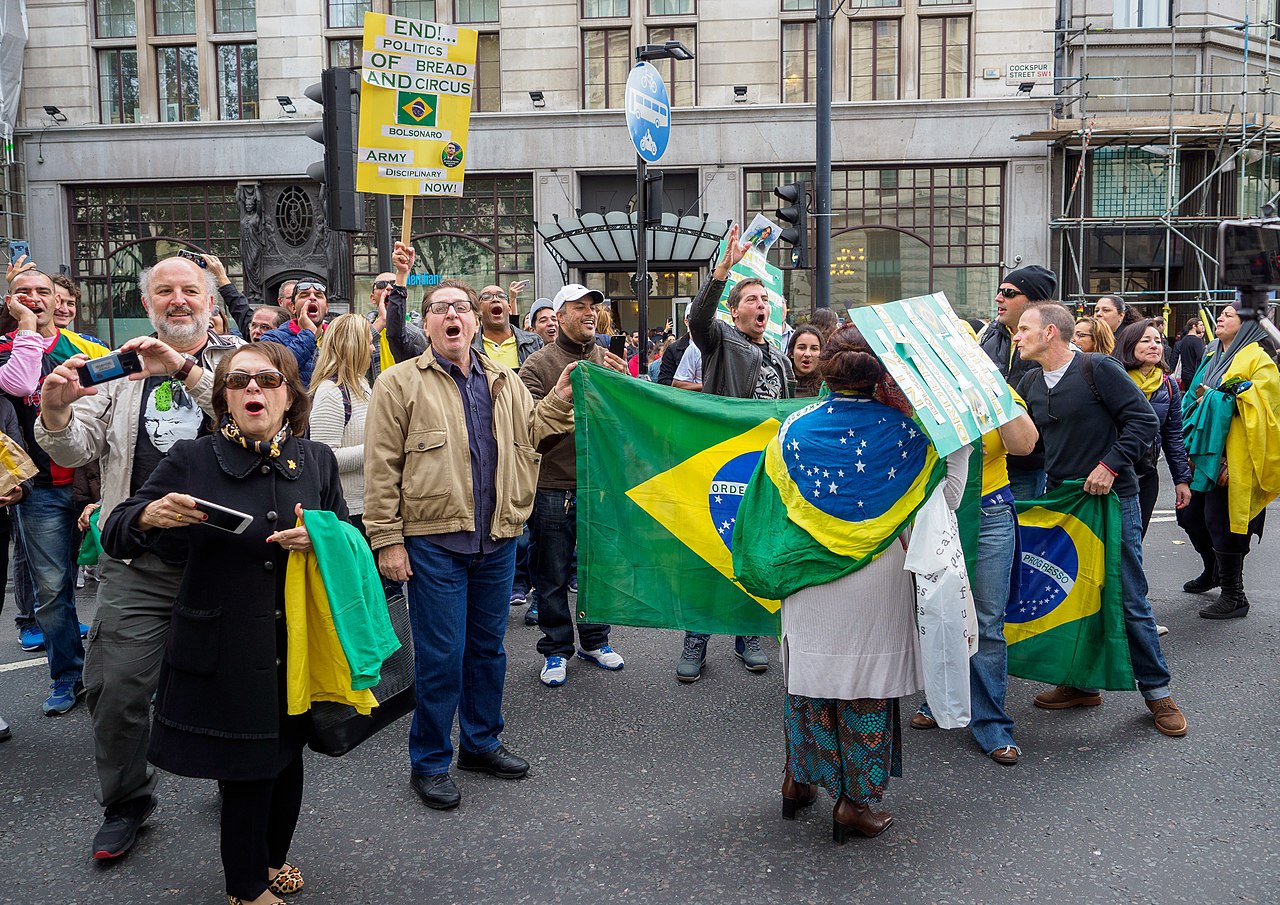 Funny enough, Bolsonaro has also promised to exit the Paris Accord on climate change, exactly as Donald Trump did.

For Canada, it will be a challenge for a liberal government to cooperate with a far-right president. Canadian investments in the mining industry will benefit from the open policies of exploitation, but it will be awkward for Canada because the human rights of the indigenous people living there would be severely damaged. Trudeau’s government would struggle between interests and the identity politics that they always use to gain votes from left-wing supporters. They may complain, but the investment will remain and even see a substantial increase.

Liberals are partly responsible for the global uprising of far-right parties. They often draw a beautiful picture but never work on achieving it, which provides conservatives handles to attack their laziness and accuse their corruption. The reason why people support those extreme ideas is that most of them live in reality rather than dreams. They want a government that can make changes, and the words of conservatives sound better in their situation. After Bolsonaro starts his presidency, there would be no surprise if more South American countries follow Brazil’s train of thought.